Quick Pick refers to letting tools decide or opting for random numbers at a retailer and playing them. It is one of the most versatile lottery strategies because it can literally be applied to any type of lottery game. As games of chance cannot be tricked, some players simply prefer to spare some time, especially when purchasing several tickets.

Therefore, comparing the use of this method and manually adding numbers using facts and statistics can help players decide what to do. In short, Quick Pick has finally been truly analyzed.

Important Note No matter if you decide to play with the Quick Pick strategy or not, make sure you play with one of our recommended lottery sites:

Our quick pick lottery number generator is an effective tool that can help players to collect their random numbers instantly. That way, they are not limited to whichever tool an online lottery offers and can use the results anywhere.

What is the Quick Pick Lottery Strategy?

The Quick Pick lottery strategy basically removes any type of interpretation or planning of the ticket numbers. They are chosen at random, and tools can help players do that even faster. In other words, users buy lottery tickets online without wondering if they like or dislike a number. That is how the strategy works: the guesses of a game of chance chosen by chance, too.

Why and When to Use It?

How to Use Quick Pick in Lottery Games?

When to Choose Your Numbers Manually?

The quick pick strategy can be as effective as choosing the lottery numbers in receiving any prize, including jackpots. It is a matter of preference, and there are some benefits that are clear to those who choose numbers, such as:

Quick Pick Vs Self Pick: Which One is the Best Lottery Strategy?

Self and Quick Pick are both valid ways of playing the lottery. While the first can count on different methods and systems, the second relies on randomness. The fact is that the best advantage of both styles is one and the same: how the player feels about using it.

As even two books of words comparing them would come to the same conclusion, it is better to let statistics and facts speak for themselves.

What Percentage of Lottery Winners Are Quick Pick?

A study by Powerball shows that 70 to 80 percent of lottery winners use the Quick Pick option to select for the lottery draw. It also revealed that a more significant majority, roughly 75 percent of lottery players, prefer to use the Quick Pick option instead of manually choosing each number. The odds and cost of entry remain the same regardless of which method you use to select your lottery numbers.

Quick Pick Vs Self Pick Statistics

Here of the Pros and Cons of the Quick Pick and the Self Pick:

Quick Pick
Self Pick
In conclusion, although the majority of lottery players are quick pickers, that proportion equals the number of quick plays. In other words, both methods are comparable when it comes to chances of winning, according to the statistics.

Does Quick Pick Ever Win?

The Quick Pick option has successfully transformed lottery players into jackpot winners. If we consider statistics, we will find out that a significant percentage of lottery winners used a quick pick to make their selection. This proves that quick pick works. However, you should remember that lottery is a game of chance and the odds of claiming the jackpot are unfavorable. As a result, there is no guarantee that you will win with the quick pick option each time you play. 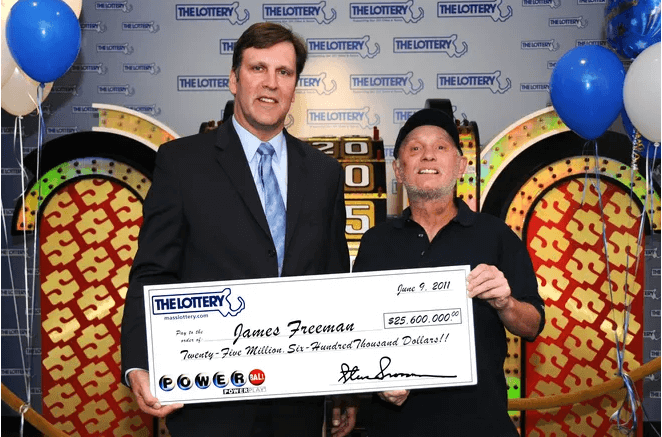 Jimmy Freeman is a retired US Navy civilian worker. He became part of Powerball’s Quick Pick statistics when his ticket won over $25 million. He played the Powerball lottery from Fall River, Massachusetts, on Wednesday, June 8, 2011. He used the quick pick option, and the system produced 14, 37, 44, 45, 53, and a Powerball number, 29. He opted for the lump sum payment and received $9.4 million after taxes. 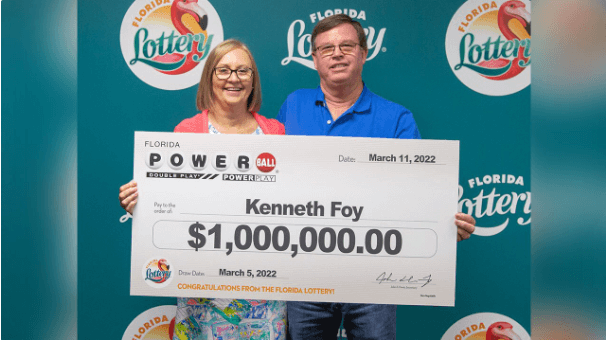 Just recently, on March 5, 2022, Kenneth Foy from Manatee County, Florida, won $1,000,000 from the Powerball lottery. He used the quick pick option to make his winning selection. His selection matched all five white ball numbers but could not match the Powerball number. According to him, he never put much effort into the lottery, and he only plays for fun. The Quick Pick option made him a millionaire. 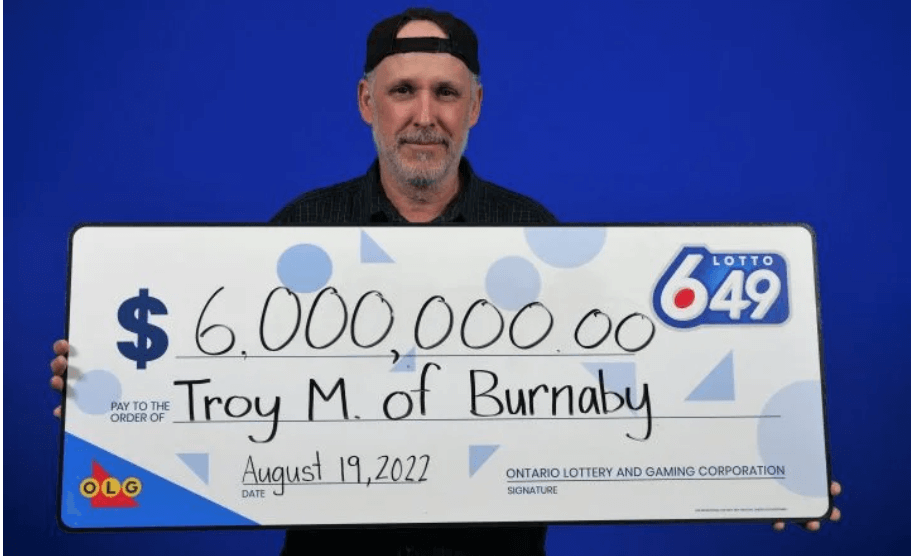 Troy Maulding was a fifty-five-year-old man from Burnaby. He was attending a conference in Toronto when he bought a Lotto 6/49 lottery ticket and used the Quick Pick option. Troy bought two tickets, manually selecting his special numbers in the first one and using the quick pick in the other ticket. The self-pick ticket didn’t win, but he won the jackpot from the quick-pick ticket. 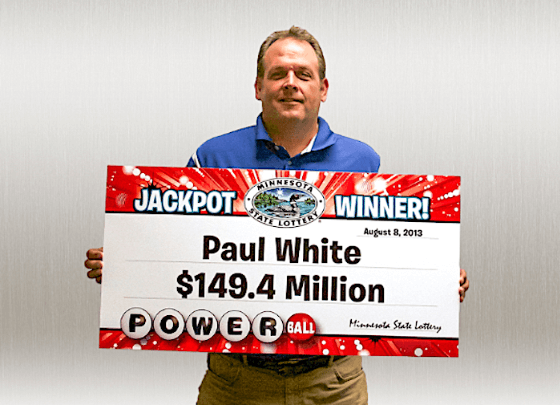 Paul White was a project engineer at Elliot Contracting in Minneapolis when he won $149.4 million from the Powerball lottery. He brought five tickets and used the quick-pick option to make his selection for the draw. Paul was at work when his wife called him to say that there was a winner from Minneapolis. He knew that two of his tickets had the Powerball number, but he wasn’t sure about the remaining selection. When he checked, he found that he had correctly matched all six numbers (5-25-30-58-59 and Powerball number 32). He walked home with $86 million after tax deductions. 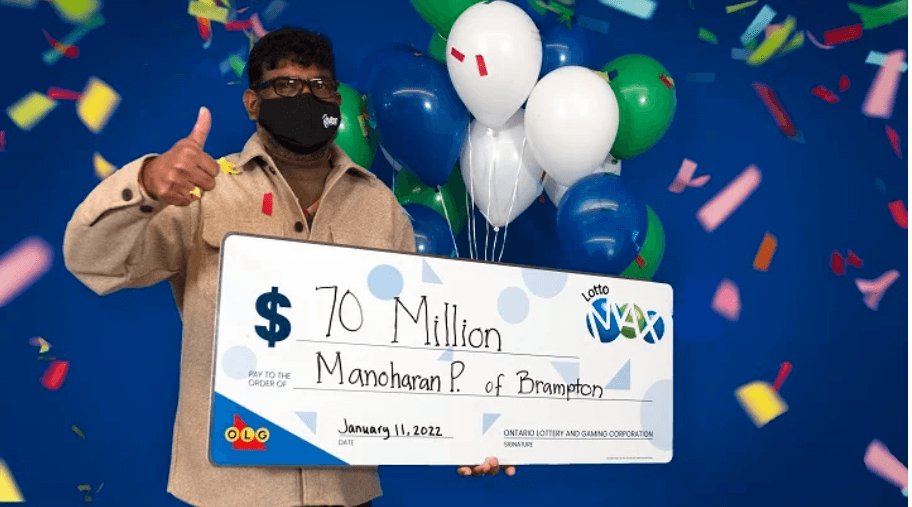 Summary: Is It Better to Do Quick Pick for Lottery?

The Quick Pick is the best way to get lottery tickets without spending time choosing numbers. Besides, players can avoid cognitive biases and free themselves from certain preconceptions. After all, it is a game of chance.

On the other hand, statistics have proven that Self Picks are as efficient as Quick Picks in creating lottery winners. There are more winners using this strategy, but only because there are more players who use it.

In short, choosing the Quick Pick strategy makes sense when there is no strong reason to pick numbers. That could be motivations, such as the belief that a certain other strategy has great chances of working. Other than that, prefer to spare some time when purchasing several tickets by letting a tool pick numbers with reasonable chances of winning.

FAQs About The Quick Pick Strategy

Is It Possible to Win Using Quick Pick
Yes. According to the statistics, players who prefer to play Quick Pick have just as many chances as those that choose their numbers.

What is The Best Way to Play Quick Pick?
Playing online allows a really effective and comfortable way of completing a quick pick. On the other hand, our lottery number generator tool also proves itself useful.

How Many People Won With This Strategy?
Proportionally, Self Picks are as effective as choosing numbers at random. As there are more players using Quick Picks, the winners represent around 70% of the total.

How often Do Quick Picks Win?
When we look at lottery winning records, we will find out that more winners come from quick picks than when players choose their numbers themselves. For instance, Since 2009, there have been 12 winning Powerball tickets sold in Florida. The Florida Lottery reports that 10 of them were quick-pick tickets. Also, there were two Mega millions winners in Florida- both quick-pick tickets.

How Many Powerball Winners Are Quick Picks?
About 80 percent of Powerball winners are quick picks. This is because a significant percentage of Powerball players use the quick pick option to make their selection. If more players use manual selection, we can expect an increase in the number of self-pick winners.