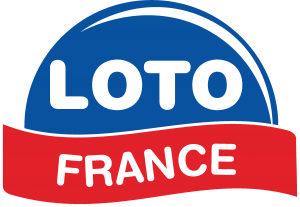 Special Offer for Lottery 'n Go Users ONLY: Buy lottery tickets and save 20% for each order! - Claim it today

Would you like to participate in a lottery that has a guaranteed jackpot prize of €2 million? If that sounds like a good deal, you should try France Loto!

The game has been around for over 40 decades, and it is popular in France and throughout the world. It is simple but attractive, which makes it tempting for beginners and professionals alike. Take a look at our review to learn more about the French Lotto!

The cost of a single France Loto ticket is €2.20 . For that price, you will enter the main lottery, as well as the additional raffle game. Purchasing the ticket is simple, and you can do it by following these steps:

How to Play France Loto Online

France Loto is a two-drum lottery. It consists of the following two drums:

Apart from this game, you also participate in the raffle game. The lottery gives ten €20,000 prizes to random winners during each session. Your code needs to match one of the codes drawn to win the raffle prize.

If you are pursuing the France Loto jackpot, it will take plenty of luck to win. The odds stand at 1:19,068,840. Those chances are still better than in other European-based games like UK Lotto, EuroMillions, and EuroJackpot.

When Is the France Loto Drawing?

The draw for the French Lotto takes place three times per week. The drawing days are Monday, Wednesday, and Saturday. As for the drawing time and place, they always remain the same. The draws are held at 8:35 PM CET in Paris.

French Lotto has a guaranteed prize fund for a jackpot, and it is set to €2 million. If nobody wins it, it rolls over to the next round and increases by €1 million. The grand prize can’t roll over more than 34 times, which puts maximum potential prize to €36 million. That is when the lottery lowers the requirements for the jackpot to the second prize tier.

You don’t have the option to receive the jackpot in yearly rates. Instead, you can only opt for a lump-sum payment and receive the entire sum at once.

Here is a detailed payout chart throughout all ten prize tiers:

If you are a French resident, you should not expect any taxes on the winnings. That means you will take home anything that you win in France Loto. However, if you are a foreigner, make sure to consult relevant bodies about the applicable taxes.

The history of French Lotto goes back to 1976. Ever since day one, the game has been owned by Francaise de Jeux Groupe. The national government owns this company, and France Loto is its most popular game.

Players buy approximately 15 million tickets for each draw. Although the game is international, French residents gladly take part in it.

Although the maximum jackpot can go to €36 million, nobody has won that sum up to this point. The highest prize in France Loto is the one won by a single player on June 6, 2011. The lucky player won €24 million, which is also a hefty amount.

How to Play France Loto from Outside France? Is It Legal?

Yes, it is legal to the French Lotto if you are a foreigner. You are welcome to buy tickets on online websites and participate in draws.

What Are The 7 Most Common Numbers in France Loto?

What is the deadline for buying France Loto tickets before the drawing?

You can purchase tickets until 8 PM on the day of the draw.

France Loto – Is It Worth Playing?

French Lotto looks like a great game to me. It has a fairly simple concept and very tempting prizes. The guaranteed jackpot fund can make you a millionaire, and the raffle game gives you an extra chance to win hefty amounts. The lottery is reputable and trustworthy, so feel free to give it a shot!