A Tale of the Most Famous Lottery Winner

The lottery has turned thousands of people into millionaires, but not all of them have fantastic stories. If you dig deep into the pool of jackpot winners, you’ll hardly find a person with a better story than Richard Lustig.

Lustig became famous for winning the lottery no less than seven times! That’s an impressive feat that made him popular throughout the US and worldwide. If you’d like to learn more about Richard’s life, here is a detailed story about his lottery successes! 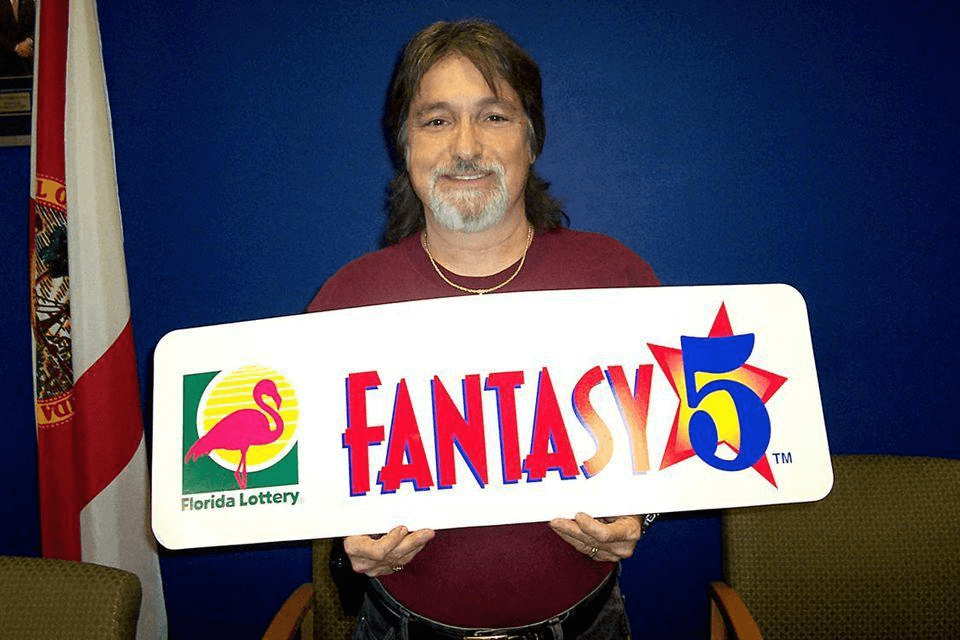 Who Is Richard Lustig?

You won’t find much information about Richard Lustig before he became famous for winning the lottery. However, we know that Lustig was an American citizen with an address in Florida. We can only assume he was born in this state, but it’s a fact that he won most of his lottery winnings there.

The first win for Lustig came in 1993, and it wasn’t even on lotto games. He won $10K on a scratch card bought in Florida. It’s even more interesting to note that his next win took four years, but the prize was on a state lottery. It was Florida Fantasy 5 where he won $13.5K.

The next winnings included holiday trips, and the biggest victory came in 2002 when Richard won $842K on Florida Mega Money. The subsequent two winnings in 2008 and 2010 were $73K and $98K respectively, which puts Richard to over $1 million in total winnings.

It didn’t take long for Richard’s name to become popular in Florida. People started talking about the guy who won the lottery seven times (although we could discuss if even that is correct since some involved scratch cards). That’s how he started receiving media attention. We don’t if it was for the popularity or the desire to earn more, but Richard started accepting invitations to be a guest in various TV shows.

An Overview of Richard Lustig’s Winnings

As we mentioned, Richard Lustig won significant prizes on seven occasions. Here is a table with an overview of his winnings:

Why Is Richard Lustig the Most Famous Lottery Winner in the Game’s History?

If you take a look at lottery winners, you’ll find Richard Lustig as #1 on our list. Many experts rank it as the most famous lotto winner, but that’s not because he won the most money in this game. Furthermore, his $1 million total winnings are modest when compared to people who US Powerball and Mega Millions jackpots.

However, there’s something special about Richard Lustig. He’s the only one who won significant prizes on the lottery on seven occasions. That’s what made him intriguing to the entire public.

A Book with Tips on Winning the Lottery

If someone told you that they won the lottery seven times, you’d listen to their tips about winning. Richard Lustig recognized that which is why he decided to write a book on how to win the lottery.

Now, it’s important to note that Richard was an experienced lotto player. That’s why he never claimed that you’ll win the lottery with his book. Instead, he titled it Learn How to Increase Your Chances of Winning the Lottery.

Everyone wanted to know how he won seven times by playing the lotto, so his book’s popularity went beyond the borders of Florida quickly. In 2013, the book was at the third-spot of the best-selling books in the self-help category. Although there is no accurate information, we assume Richard Lustig earned more with this book than when playing the lottery.

What Are Richard Lustig’s Recommended Methods for Winning the Lottery?

He had an interesting appearance on ABC News in 2012 where he talked about his book.

Some tactics are quite familiar and basic, but Lustig probably mentioned them because they work. One of them is to use probability to your advantage by playing the same numbers over and over again. The law of probability indicates that every next draw increases the chances of your numbers to be the winning ones. That’s why you should avoid changing the numbers frequently.

However, some tips offered by Richard Lustig are quite specific. A particular tip that caused a lot of controversies is the one where he recommended choosing sequential numbers. According to Lustig, you should never trust a quick pick feature. Instead, you should hand-pick consecutive numbers, and have at least one sequence of two or more numbers on your ticket.

The reason why that tip is controversial is that the statistics don’t support it. If you take a look at the laws of probability and the importance of composing the numbers properly, you’ll find that consecutive numbers have a lower statistical chance of being drawn than those that aren’t in a sequence.

Here is another recommendation of Richard Lustig – you should reinvest your wins to play in the next session. That’s an unclear tip because Lustig never specifies if you should reinvest the entire winnings or only a portion. It’s okay to continue playing even after the win, but is it really smart to reinvest everything? That way, you’ll never have a positive balance, which implies this method is dangerous.

So, Is Richard’s Book Worth Buying?

You can find some useful tips in the book, but the experts don’t believe the ratio of quality and price is adequate. That means you’d overpay a book that mostly contains basic tips for winning the lottery. It might be a better move to analyze lottery strategies and experiment with different approaches until you find a suitable one.

Richard attracted huge media attention once the public discovered he won the lottery that many times. That’s how he even attracted the attention of finance experts at CNN Money. The reputable finance website published a video interview with Lustig where he promoted his tips and book.

However, it didn’t take long for the experts to respond to this video. They questioned Lustig’s approach and the entire internet community started wondering if the video is any good. Since CNN Money is a reputable website, they were forced to take down the video. However, the public still remembers it as one of the worst personal finance videos ever published on that site.

Lotto Dominator – Is It a Scam Related to Richard Lustig’s Name?

Richard Lustig did win grand lottery prizes on seven occasions, which is a feat no one has achieved so far. He used that to publish a book that found its way to readers, but others tried to abuse that popularity. You’ll find many that tried to abuse Lustig’s name by claiming that he designed the lotto software or booklets they are selling online.

The most famous example of those is Lotto Dominator. It’s a system that assists in winning the lotto whose foundation is an analysis of the previous drawing sessions. Based on the information from past sessions, you have better odds to predict which numbers will be drawn in the upcoming round. That’s the premise, but it’s worth noting that it isn’t guaranteed. If you win with this approach, it will only be because you had luck.

A critical thing to mention that there is no proof connecting Lustig to Lotto Dominator. Although he allegedly wrote the introduction chapter in the book, that could have been anyone. That’s why it’s worth noting that the only book that was written by Lustig is the one sold on Amazon and mentioned earlier in this article.

Where Is Richard Lustig Now?

The most famous lottery winner in this game’s history passed away in 2018. Richard was 67 years old at the time. According to the information available online, two children and a wife survive him.

Unfortunately, Lustig’s death didn’t stop the scammers from trying to abuse his name to sell the so-called winning strategies. That’s why you should be careful with the alleged lotto software that abuses his name.

Richard Lustig was a special guy in many ways. For starters, we don’t know anyone else who can brag about winning seven major prizes at lotteries and scratch cards. Additionally, we can’t think of a winner who attracted more public attention than Lustig. Richard seemed to enjoy the media attention, which was bigger than those received by people who won multi-million jackpots.

Although Lustig’s winnings were modest compared to those prizes, he’s the only one that could brag his book turned out to be a bestseller. Richard enjoyed being a guest on national and other TVs and sharing his lottery wisdom. Whether you use his tips or not, you have to admit he is a special lotto winner.