An 84-Year-Old Woman Who Won a Powerball Jackpot

It’s never late to win a lottery jackpot, and Gloria Mackenzie is the best example to support that claim.

She waited for a lotto winning ticket until she turned 84 years old, but that’s when the big day came. In 2013, Gloria became one of the oldest lottery millionaires. Here is what she did with the money after claiming the prize! 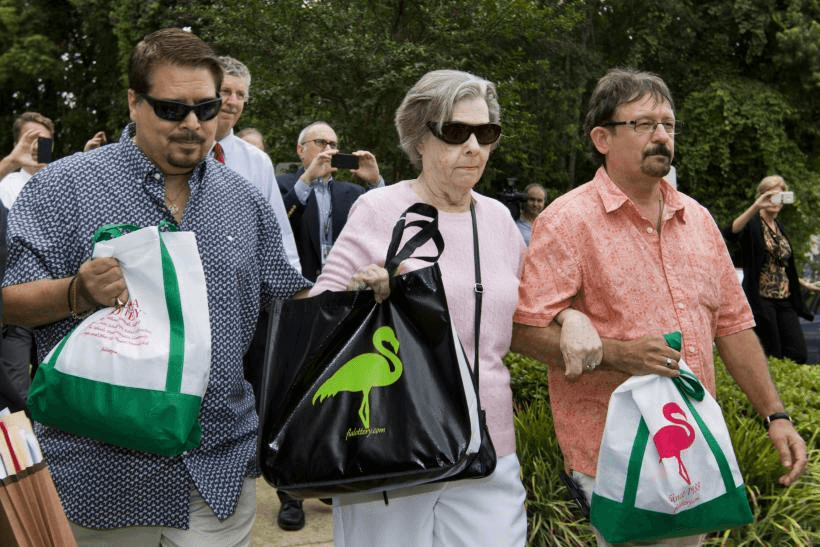 Who Is Gloria Mackenzie?

Gloria Mackenzie had lived in Maine, in a small town called East Millinocket. That’s where she had four children with her late husband Ralph. Ralph was a war veteran who passed away, and Gloria decided to move to Florida.

It’s interesting to note that she shares that story with another lottery winner, Shane Missler. He also moved from Maine to Florida, and that’s where he won the jackpot.

However, Gloria was much older than Shane when she won the grand prize. As for her financial situation, the reports claim she lived in a rented duplex and didn’t even have her home. She was the widow of a war veteran, but also a mill worker. Gloria didn’t even have the monthly Social Security, which is why the jackpot turned her life around completely.

How Much Did Gloria Mackenzie Win?

The US Powerball jackpot grew to $590 million at the time, and it was all thanks to a large number of rollovers. Gloria Mackenzie’s ticket beat the slim odds of 1:292,201,338, which implies that it was destined for this woman to have the winning lottery ticket.

If you need more evidence on how you can’t win the grand prize without luck, here is another story. As Gloria revealed, she purchased the ticket in a local store. That wouldn’t be strange if she wasn’t waiting in a line. According to Gloria, a man let her in front, so she can buy the lotto tickets. If she didn’t buy them at that moment, perhaps that man or somebody else would win the jackpot. All the stars aligned for Mrs. Mackenzie to win, and she even was the only winning ticket.

What Sum Did She Take Home After the Tax Deduction?

Gloria had the option to choose between yearly installments and a lump-sum payment. Like most other famous lottery winners, she decided on the latter option, which reduced her prize to $370 million.

Florida is among the few states that don’t charge any lottery tax, but Gloria’s jackpot was still subject to the federal tax rate. Once she paid that fee, Mackenzie took home $277.5 million, which was still an impressive sum.

How Did Gloria Mackenzie Spend the Money?

We can say there was nothing surprising about the moves Gloria Mackenzie made after winning the money. She established a charity fund – a foundation that carries its name. The reports indicate that Gloria invested several million into the foundation immediately. As for the foundation’s goal, it aims to secure resources that provide educational options for talented and young individuals.

As for herself, Gloria decided to upgrade her home. She purchased a mansion where she made an arrangement to live with her son Scott. While Gloria had the money to pay for the staff that would take care of her, she wanted to live with her son. Some reports even indicated that she agreed to give half of her winnings to Scott if he agrees to this deal.

For several years, everything was peaceful. There was no news about Gloria Mackenzie and her family. However, in 2019, the public discovered that Gloria is suing her son! 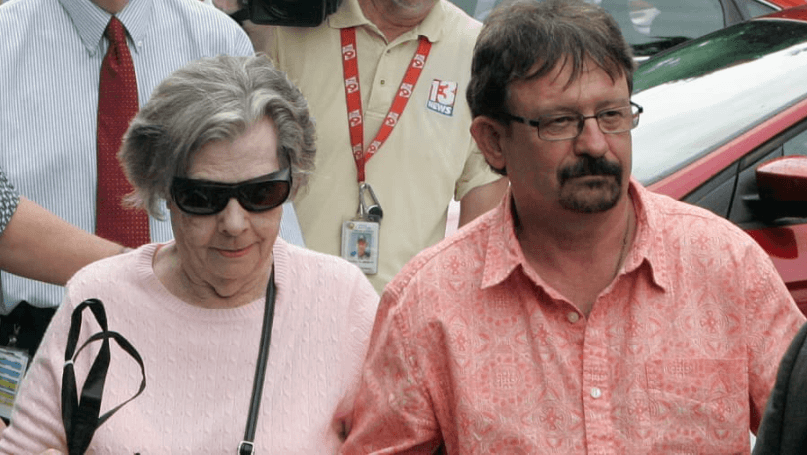 It’s unclear what happened, but Gloria either agreed to give a portion of her winnings to Scott, or she authorized him to spend her funds. Either way, Scott partnered with an attorney to invest some money and try to increase Gloria’s wealth.

The problem is that these were bad investments. Some details even mention that the losses were over $10 million, and Gloria wasn’t aware of it for a long time. Once she discovered what happened, she decided to sue Scott for mismanaging her funds.

Gloria acquired a lawyer that helped her prepare a lawsuit on 40 pages, but the initial request was rejected. The defense attorney argued that the fact she’s not happy with the investment outcome isn’t a valid ground for a lawsuit. Although Gloria argued that knowing what happened would allow her to design a more successful strategy, the judge didn’t go for that claim.

The latest reports indicate that Scott and Gloria don’t live together anymore. Gloria purchased another home and moved to Pennsylvania, while Scott bought another house for $1.2 million.

Scott didn’t reveal any details to the public as he said that he wanted to honor the family’s privacy. However, his lawyer did file a counterclaim indicating that there was no money lost on the managed accounts. While that’s true, the choices made by the financial advisor called Hank Madden were poor. The return was minimal, and the inflation made sure any profits were technically losses.

Final Thoughts – How Did It End?

According to what we discovered, the lawsuit still didn’t end. However, Gloria and Scott went their separate ways, and it’s a question if they even talk to each other anymore.

It all started as a fairytale since a woman who lived all life with a low to average income won the grand prize. She even secured her children financially, and her son agreed to take care of her as long as she was alive. Who would’ve thought it will all take the wrong turn because of the money?

Ultimately, Gloria Mackenzie’s story isn’t completely a winning one. Although the lawsuit still hasn’t ended, we can only hope that they’ll manage to patch things up in the future. Even if there were some bad decisions in the way, the Mackenzie family still has time to put everything behind them.