A Grandma Who Almost Lost Her Lottery Ticket!

How close do you keep your lottery tickets? Lerynne West purchased a Powerball lotto slip at her local vendor in October 2018. Once she found she’s among the jackpot winners, she didn’t have the slightest idea where her ticket could be!

Fortunately, Lerynne found the ticket later, so it was a story with a happy ending. Here are more details about this famous lotto winner from Iowa. 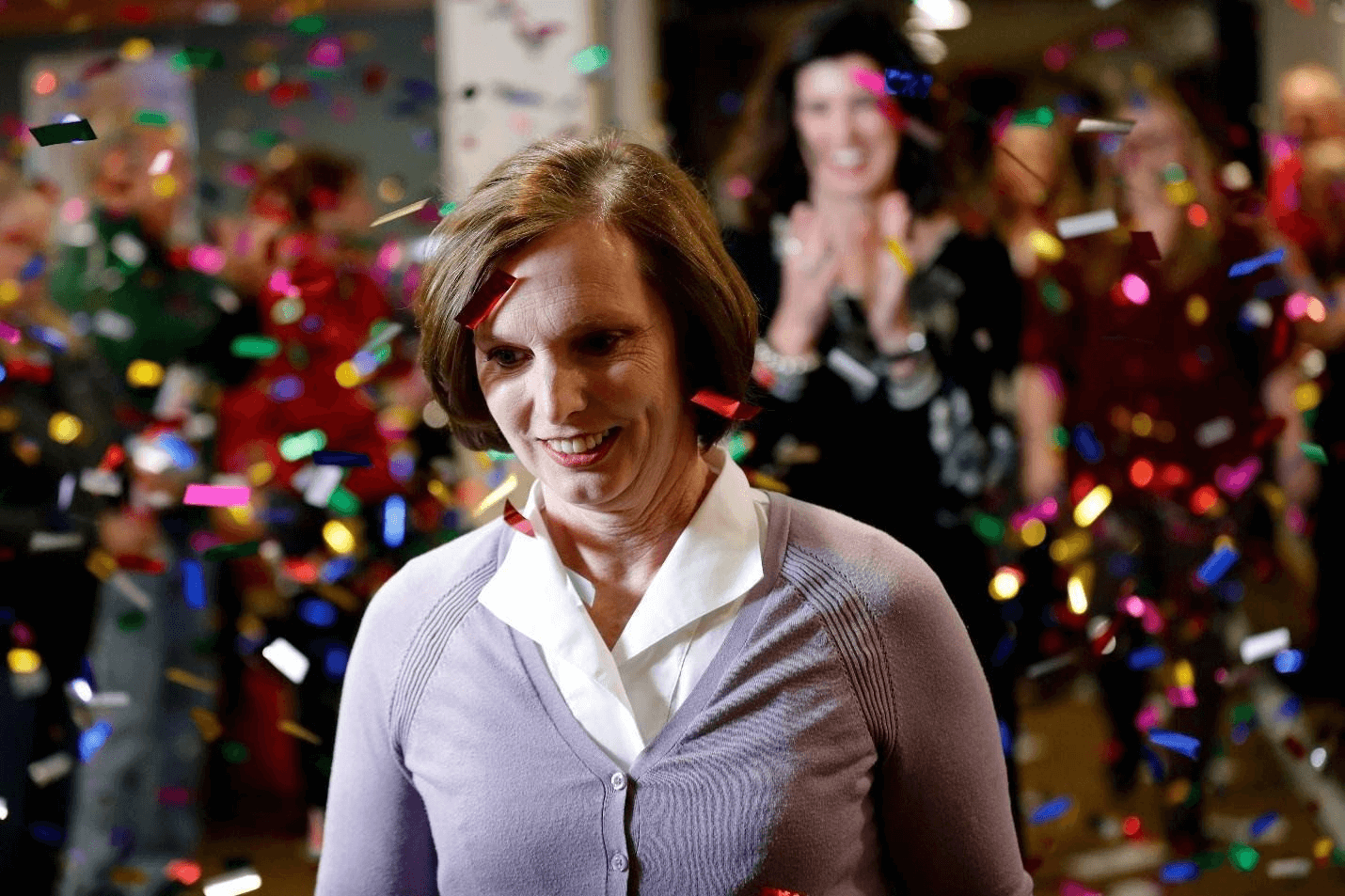 How Much Did Lerynne West Won?

Lerynne won a US Powerball jackpot in October 2018. An interesting thing related to this draw is that the lottery advertised a $750 million jackpot. It seems they failed to calculate right because it turned out to be $687.8 million after the draw.

The jackpot combination was 8, 12, 13, 19, and 27, while the Powerball number was “4.” It was a special occasion for two players as they had this combination on their tickets. That means the prize pool was shared between them, and each received $343.9 million. 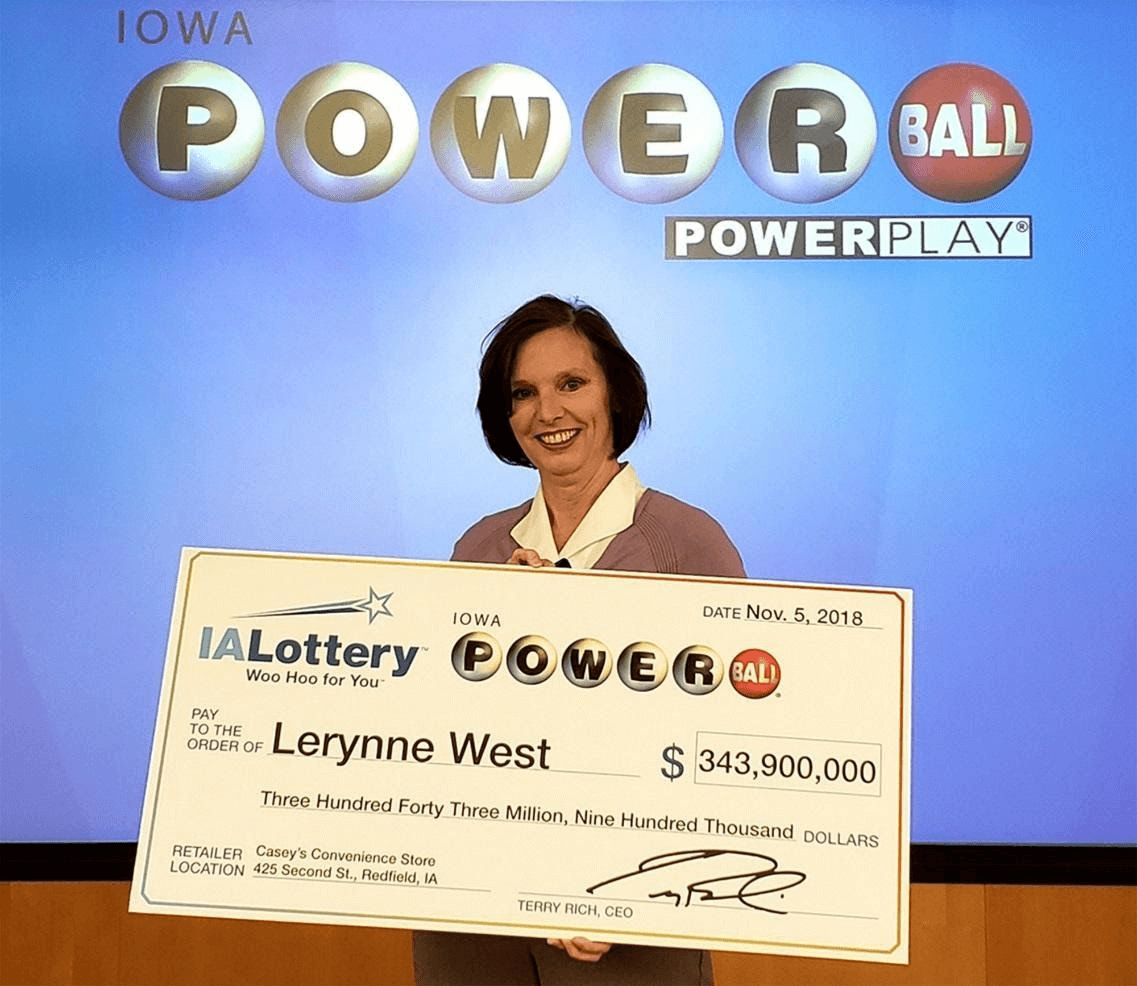 You have two options when winning a Powerball jackpot – taking a lump sum payment or agreeing to yearly annuities. Lerynne West took the lump sum option for their prize, which turned out to be $198.1 million.

Once she used a tax calculator to determine the tax, it turned out she will take home $138.67 million. It was still a generous sum, and Lerynne was looking forward to sharing it with her family.

What Did Lerynne West Say After Winning the Lottery?

Iowa has laws that forbid staying anonymous after a lottery win. The state requires all winners over $600 to have their basic information revealed, and that includes name and the sum won. As expected, the public’s interest in the new jackpot winner Lerynne West was high.

Fortunately, West didn’t mind sharing her story in a press conference. According to her, the jackpot win will change her life forever. That was an obvious statement, but West also revealed more details on what she plans to do with the money.

Acting Wisely with the Money

Unlike some other famous jackpot winners, Lerynne West won the grand prize at Powerball when she was 51. That means she went through enough in her life to act wisely with the money.

It didn’t stop her from quitting her job, of course. However, that’s probably a move you’d make at any age if you win a huge jackpot prize. It’s interesting to note Lerynne West has only found a new job a month before she won the reward. She had been working in an insurance company, and she didn’t have something people consider a high income.

Lerynne did quit her job, but she knew that she wants to use the money to help her family and impact others. West immediately revealed to the reporters in the press conference – she intends to support her family with the money won.

It’s not the jackpot win that made Lerynne blessed in her life. Instead, it’s the fact that she has three daughters and six grandchildren (we don’t know if that number increased from 2018). Additionally, West told the press she has seven siblings, and a mother that she also plans to support. It’s a large family, so it’s good that Lerynne won a ton of money!

Using the Chance to Impact Others

That’s not all that Lerynne planned to do with the money. She immediately opened a Callum Foundation. The reason for picking that name was that Lerynne had another grandson, but he passed away after being born prematurely. The sad event had occurred in April, several months before West won the jackpot.

It’s vital to mention that the foundation or Lerynne West herself doesn’t have an official website, and it doesn’t seem to be present on social media. So, if you come across someone claiming to represent this lottery winner, it’s most likely that you encountered a scam. Check out the other tips and things to know about lottery scams to ensure you don’t become a victim of fraud.

At the press conference after winning the lottery, Lerynne West talked about her life. She mentioned that her dad was a Vietnam veteran, and her mom focused on staying at home and raising the children.

Lerynne admits things weren’t easy. That’s why she began helping the family when she was only 14 years old. She revealed that she detassled and walked beans to purchase school clothes.

Even when she grew up, West didn’t have it easy. She had to work full-time while going to school on evenings and weekends to get a better job. Lerynne understands her children were the biggest sacrifices of those endeavors.

According to what she revealed at the conference, she was playing the lottery whenever she had sufficient money. The biggest prize Lerynne won up to that October was $150.

Lerynne West shared an interesting story about the inning ticket. She said she purchased it on Friday, a day before the draw. It was a big day for her because she just purchased her first home. Lerynne’s sister helped with the moving process, and they decided to get some food and coffee in the local store.

Casey’s General Store was their destination, and Lerynne even asked her sister to purchase the tickets for her. She didn’t even think about the tickets later until she realized what the winning numbers are.

The problem was – Lerynne couldn’t find the tickets anywhere! She searched the entire home and only then remembered when they bought the tickets. Lerynne called her sister and she found tickets on her pickup truck’s floor!

We can’t think of many people who deserved their jackpot prize more than Lerynne West. Although, she didn’t take good care of the tickets, which could backfire and leave her without the money. Fortunately, she found the winning ticket, and that will secure her entire family a better life.
Lerynne said she was looking forward to purchasing a new car because it’ll allow her to take her grandkids’ places. It was obvious West was planning on doing good things with the money. Her foundation is dedicated to helping with education, hunger, poverty, and veteran affairs. According to the latest information, Lerynne is living a peaceful life in Iowa.