Skip to content
Lottery 'n Go » Blog » What Are the 6 Luckiest Numbers in the Lottery? [Updated]
Based on data collected from the top lotteries across the world, the six luckiest numbers are 6, 7, 33, 38, 40, and 49. These numbers were most often drawn in different lotteries in the USA, UK, Germany, and Canada. There is also a great chance that they may appear in the next draw.

As a lottery player, you might be interested in finding the luckiest numbers that can help you win the lotteries. While the odds of guessing the winning numbers may be about one in a million, you can considerably increase your chances of success. If you want to play the lottery, we recommend reading this guide on the six luckiest numbers for the top international lotteries. 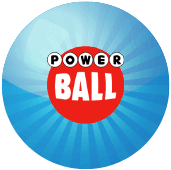 Powerball is popular for its huge jackpot prizes. It requires players to choose five numbers between 1 to 69 and a unique Powerball number between 1 to 26. If you match these numbers and the Powerball, you will win the grand prize (or jackpot). You can also win secondary prizes in lower prizes by matching some numbers from the draw.

This table contains the draw frequency for the most common main numbers in the Powerball lottery.

The table below shows the most common Powerball numbers in the Powerball lottery.

Mega Millions is another popular lottery game in the US and the world. It requires players to choose five numbers between 1 to 70 as the main numbers and one number between 1 to 25 as the Mega Ball. You win the Megamillions jackpot if all your selected numbers match the numbers that appeared in the draw. You can also qualify for secondary prizes by matching other numbers from the draw.

The table below shows the luckiest numbers in the Mega Millions and the number of times they have appeared in the draw.

This table shows the draw frequency for the Mega Ball 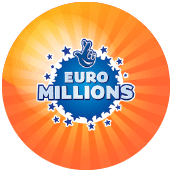 The table below shows the luckiest numbers in the Euromillions lottery and the number of times they have appeared.

This table shows the most common lucky star numbers and the number of times they have appeared in a draw.

The Eurojackpot is a popular game in European countries, including Germany, Finland, Spain, Denmark, Iceland, Croatia, and the Netherlands. It requires players to pick five numbers between 1 and 50 and two Euro numbers between 1 and 15. You win the jackpot if you accurately select the five numbers that will come out in the draw. It has a starting jackpot of €10 million. You can also win secondary prizes by matching fewer numbers in the draw.

The table below shows the most drawn numbers in the Eurojackpot lottery and the number of times they have appeared in the lottery.

The table below shows the most common Euro numbers and the number of times they have appeared in the lottery.

The table below shows the most drawn numbers in the SuperEnalotto lottery and the number of times it has appeared in a draw.

The luckiest numbers in the Mega Sena lottery are 53, 10, 42, 5, 37, and 33. Mega Sena Lottery requires players to choose six numbers between 1 to 60. You win the jackpot if you can accurately match all the numbers from the draw. You can also win prizes for matching five and four numbers.

However, Mega Sena utilizes a different method of drawing. Unlike other machines, it uses two machines to create each number. The first machine will select a number between 0 and 5, and the second will choose a number between 0 and 9. Then the two digits are put together to form a single number. For instance, if the first machine draws 4, and the second machine picks 2. Then two numbers will be put together to form 42. This will be done until the six numbers are drawn.

The table below shows the luckiest numbers in the Mega Sena lottery and the number of times it has appeared in the lottery.

It requires players to choose six numbers between 1 to 49 and a bonus ball. The bonus ball offers extra winning options and improves your chances of qualifying for a prize tier. You win the jackpot if you match all six numbers. You can also win prizes in seven tiers for matching fewer numbers. Lotto 6/49 also offers a special raffle worth $1 million for all players. You don’t have to pay extra; you are eligible to play once you participate in the Lotto 649 draw.

The table below shows the luckiest numbers in the Lotto 6/49 and the number of times they appeared in the draw.

The luckiest numbers in the Oz Lotto are 27, 7, 29, 28, 43, and 46. Thes numbers have appeared the most times in the lottery since 22nd February 1994. When you play the Oz Lotto, you will have to pick seven numbers between 1 to 45, and an additional two balls called the supplementary balls. The supplementary ball helps to improve your Oz Lotto odds.

The table below contains the luckiest numbers in the Oz Lotto lottery and the number of times it has appeared in the draw.

How to Pick a Lucky Lottery Number

There are different methods that lottery players pick to choose lucky numbers. Some players employ lottery strategies to help them to select numbers that increase their chances of winning. Others use the quick pick option, which generates random numbers for the lottery. Here are some common ways to pick a lucky lottery number.

This means looking at the statistics from the previous draws, finding the most common numbers, and noting lottery trends. Even though lottery numbers are drawn randomly, and every number has an equal chance of being drawn, you will find out that there are lucky numbers that appear more times than others.

Take the time to find the luckiest numbers for the lottery you want to play. This method can be time-consuming but can also increase your chances in the draw.

Use the Law of Attraction

Some players rely on the power of the universe and the law of attraction to manifest winning the lottery. You can employ it by using Numerology – this is a study of numbers and how they can predict the future. This can help you to choose lucky numbers that you can use in the next draw. You can use our Numerology lucky number calculator, which uses your name and date of birth to find your lucky numbers.

Other methods to manifest winning the lottery are the pillow methods, positive affirmation, and trust in the universe.

Use the Quick Pick

Use a Lottery Strategy

Play the Lucky Numbers for Your Zodiac Signs

The Bottom Line: Should I trust Luckiest Lottery Numbers

Is Number 7 as fortunate as many believe?
Yes, the Number 7 is a lucky number in many cultures and traditions. Seven days a week; seven colors in a rainbow; and seven is a prime number. The biblical story of creation takes seven days; Muslim pilgrims in Mecca walk around the Kaaba seven times, and seven represents the Yin and Yang and the five elements in the Chinese culture. The positive association between seven and many cultures has made it a lucky number for many people.

Try Your Lucky Numbers in These Great Lotteries