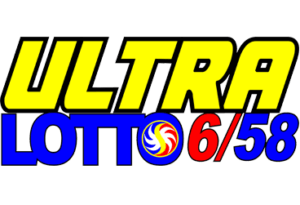 The Philippines is a large country with over 108 million residents. It offers several great lottery games, and one of them is the Philippines Ultra Lotto 6/58. A simple glance tells us it applies a single-drum concept and three weekly draws. If you’d like to learn more about this game, check out our review below. It will reveal everything from the purchasing process to your winning odds for that jackpot!

The easiest way to purchase tickets for this game is online. If you haven’t bought tickets via the internet before, here are the steps to take:

The price of a single ticket is PHP20, which is around $0.4. You won’t find many games that offer cheaper tickets than this lottery.

It’s easy to learn how Philippines Ultra Lotto 6/58. The game has a single drum with 58 balls. Their numbers are from “1” to “58,” and each one has equal chances of getting drawn. Since it’s a 6/58 concept, that means the provider will draw six balls in every session. You need to guess all six correctly to win the main prize. This lotto offers four reward tiers, and you qualify for the lowest prize if you guess three numbers correctly.

Philippines Ultra Lotto 6/58 offers jackpot winning odds of 1:22,957,480. That’s a similar range to the New York Cash4Life, which provides more tempting prizes. However, the odds are better than in the Greece Joker and many other games. That’s reason enough to give this lottery a shot. Before you do that, check out the overall winning odds for the game.

When Is the Philippines Ultra Lotto 6/58 Drawing?

The guaranteed minimum amount for the jackpot in the Philippines Ultra Lotto 6/58 is PHP49.5 million. That’s roughly around $977.52K, but the reward can increase with the rollover option. If no one wins it, it transfers to the next round and rises by a certain portion of the playing fund. The increase isn’t impressive, but it’s still enough to make the prizes attractive.

The other three reward tiers offer fixed rewards. That includes the second prize, where each winner gets PHP120K, regardless of how many lucky players guess the numbers correctly.

If you win less than PHP10,000, there’s no applicable tax at the source. That means you are safe with the lowest prizes. However, all rewards above PHP10K are subject to a 20% tax. It’s a high rate that takes away a fifth of your prize. If you are a foreign player, don’t forget that you might be subject to taxes in your home country. Check out our lottery tax calculator to learn more about the rates.

You can’t say that this game has a long history. Its first draw occurred in 2015, and it was a new game implemented by the Philippines Charity Sweepstakes Office. The PCSO also runs the Philippines Mega Lotto and other national lotteries in this country. As for the Ultra Lotto, its rules haven’t changed since the first drawing session.

Philippines Ultra Lotto 6/58 has a jackpot rollover feature, so the prizes can become quite tempting quickly. The last huge win occurred in February 2021. A lucky player who bought their ticket in Banga, Aklan, won PHP246,085,102. That’s around $4.86 million, which is a life-changing sum for that bettor.

The biggest jackpot in the game’s history occurred in 2018. It was PHP1.18 billion, which is about $23.3 million. The prize went in the hands of two lucky players, and they each received half of the reward.

How to Play Philippines Ultra Lotto 6/58 from Outside the Philippines? Is It Legal?

This lottery is open to all players who want to try it, regardless of their location. Don’t hesitate to give the game a shot by purchasing tickets via the best lottery sites.

What Are The 7 Most Common Numbers in the Philippines Ultra Lotto 6/58?

What is the deadline for buying the Philippines Ultra Lotto 6/58 tickets before the drawing?

You can buy a ticket for the upcoming session an hour before it starts. The deadline is at 2 PM CET (8 PM local time) on drawing days.

Philippines Ultra Lotto 6/58 – Is It Worth Playing?

Philippines Ultra Lotto 6/58 is a game that offers an impressive jackpot compared to other lotteries in this country. The main prize is large, especially if you consider a budget-friendly ticket price. The three weekly draws mean you have multiple odds of winning that jackpot during a single week. It’s a simple and exciting concept that’s worth trying!