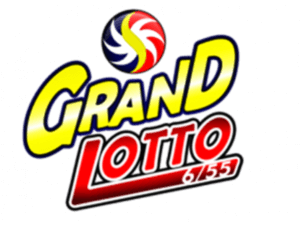 If you are a fan of simple lotteries, you’ll love the single-drum concept offered by the Philippines Grand Lotto 6/55. Everything is straightforward, and you can enjoy three draws every week. If you’d like to learn more, read our Grand Lotto review below. It will tell you everything about the rules, winning odds, and applicable taxes if you win!

It won’t take more than a minute, and you don’t have to leave the comfort of your home to buy tickets for the Philippines Grand Lotto 6/55. Once you find the site that offers this game, here is what you should do:

If you are a lotto beginner, you’ll love this lottery for its simplicity. It’s also great if you want to experiment with different strategies because it offers a tempting price. The idea is simple – the drum has 55 balls marked with numbers from “1” to “55.” Six of those balls are drawn during the session. The player who guesses all the numbers correctly wins the jackpot.

The odds of winning the main prize are 1:15,890,700. If you compare it to other lotteries in this part of the world, you find that these odds are worse than in Japan Loto 7. However, they are better than in the Australia Oz Lotto. Here is the complete table of the winning odds for the Philippines Grand Lotto 6/55.

When Is the Philippines Grand Lotto 6/55 Drawing?

If you win any of the other three prizes, you get a fixed amount. You also don’t have to split the reward with other players since each will receive the promised sum.

The Philippines have one of the harshest tax rates set at 20%. The only good thing is that these taxes are applicable only to winnings above PHP10,000. That’s around $197.5, which means you get to keep the entire sum when winning less than that. Foreign residents should also check our lottery tax guide. It will reveal whether you need to pay anything in your home country.

Philippines Charity Sweepstakes Office is the organization that created this lottery. It’s a national lotto provider, which also organizes other lotto games. As for the Grand Lotto, its first draw occurred in 2010. The company launched this game as a successor of the Power Lotto. It turned out to be a great success since it gained a huge player base over the last decade.

Filipinos love the Grand Lotto because it brought them the biggest jackpots in this country. The top win occurred soon after the first draw. In November 2010, a lucky player won PHP741.1K, which is around $14.6 million. The second-biggest jackpot was PHP356.5 million or $7 million, and it was won in 211. Another huge win occurred in 2012 when two players split PHP300 million ($5.92 million).

How to Play Philippines Grand Lotto 6/55 from Outside the Philippines? Is It Legal?

If you are of legal age, it’s perfectly legit to play the Philippines Grand Lotto 6/55. Feel free to pick from the best lottery sites our experts recommended.

What Are The 7 Most Common Numbers in Philippines Grand Lotto 6/55?

What is the deadline for buying the Philippines Grand Lotto 6/55 tickets before the drawing?

The deadline is an hour before the draw, but please note some online providers might require you to buy a ticket even earlier. That’s because they need more time to process your ticket.

Philippines Grand Lotto 6/55 – Is It Worth Playing?

For an affordable lottery, the Philippines Grand Lotto 6/55 is an excellent choice. It has a guaranteed jackpot, three weekly draws, and a simple concept. The payouts are guaranteed because the provider is the Filipino national lottery. You can buy the tickets online, so don’t hesitate to try the game. It’s the only way to see if you’ll like it and put it among your favorites!