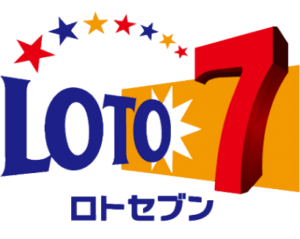 Loto 7 is a national lottery game in Japan. It uses a 7/59 concept with two additional bonus balls. Here is a detailed review of the Japanese Loto 7 to get you familiar with the advantages and drawbacks of the game!

How to Buy Loto 7 Tickets Online

The internet is full of online lottery vendors, but make sure to choose a reliable and secure operator. Once you find it, sign up for an account and use funds added to it to purchase tickets. You can choose between picking numbers yourself or generating it with a Quick Pick option. The former allows employing lottery strategies to boost winning chances.

The default ticket price is 300 yen per line, which is approximately €2.56.

How to Play Loto 7 Online

Japan Loto 7 is a single-drum lottery game utilizing a pot with 59 balls. Balls are marked with numbers from 1 to 59.

The drawing session works like this – the organizers draw seven balls first. These balls decide most of the prize tiers, including the jackpot. The next two numbers are called Bonus Balls, and they participate in requirements for two out of six prize tiers.

The odds of winning the Japanese Loto 7 jackpot are fair, especially if you consider the possibility for the jackpot to transfer to the second-prize tier. The jackpot has a cap at €8.51 million, and in the case that no one wins it in that round, second-tier winners split the prize. It also has a pre-set minimum jackpot sum of €4.81 million.

The default chances to win the jackpot are 1:10,295,472. That is better than most national lotteries, especially SuperEnaLotto, which is famous for being non-favorable. You can boost your chances of winning through the expert tips on how to win the lottery.

The second-prize chances are far more favorable, which you can see in the table below:

When Is the Loto 7 Drawing?

Here is some great news for all Loto 7 prize winners. In Japan, there are no taxes on lottery winnings, which means you get to take the entire prize home. Players who are playing from other countries should consider local taxes to ensure there are no fees to pay.

You will find Loto 7 under different names, and one of them is TakarakujiLoto 7. It is the name of the company that established this lottery in 2013. The game is new, but the same company already organized Loto 6 for over a decade.

Despite being a new game, Loto 7 was well-accepted by the players. It stuck with the same format until today, which only confirms its popularity.

Biggest Loto 7 Jackpots in The History

Since jackpots in Loto 7 are limited, nobody has ever won more than €8.03 million. It is a tempting sum that was given on multiple occasions. During a single year, numerous winners have the luck to win the highest jackpot. That is how a single jackpot per month was given in the first three months of 2019.

How to Play Loto 7 from Outside Japan? Is It Legal?

It is legal to play Loto 7 from beyond the borders of Japan. The easiest way to do so is by visiting an online lottery provider offering this game.

What Are The 7 Most Common Numbers in Loto 7?

What is the deadline for buying Loto 7 tickets before the drawing?

Japan Loto 7 is an intriguing game that features both minimum and maximum jackpot restrictions. The prizes are tempting, but the ticket price is also high. The good news is that jackpot odds are favorable compared to similar games, which is why many players decide to give this lotto a shot!