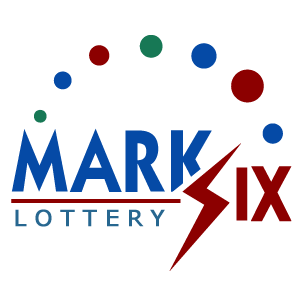 Tuesdays and Fridays at 9:30 PM HKT

If you are looking for a new lottery to play, Hong Kong Mark Six might have attracted your attention. That lottery has been around for years, and it has a guaranteed jackpot fund of €872.8K. Is that enough to deem this a high-quality lottery? Check out our detailed Hong Kong Mark Six review and determine if you want to give this game a chance!

Whether you are a lottery beginner on unsure about the process, we are here to help. It all comes down to these steps:

The single line of HKMS lottery costs HKD10, which is around €1.1.

It won’t be challenging to understand the Hong Kong Mark Six concept even if you are new. HKMS is essentially a single-drum lottery with 49 numbers. During a single session, seven numbers will be pulled out from the drum. The first six are the basic numbers, and the final one is the Extra number.

Now, if you want the jackpot, it is necessary to guess all six basic numbers correctly. The game has seven prize tiers, and the Extra number determines who will win three of those rewards.

Hong Kong Mark Six uses a familiar lotto concept, so its odds of winning are easy to calculate. You have to beat the chances of 1:13,983,816 to win the jackpot. Those odds are identical to those offered by Canada Lotto 6/49 and Poland Lotto.

The general chances of winning a prize are 1:61, which are not that generous. Here is an overview of your odds per reward level:

When Is the Hong Kong Mark Six Drawing?

In November 2020, Hong Kong Mark Six changed its drawing frequency. It now has two drawing sessions per week – on Tuesdays and Fridays. The drawing time is always the same – 9:30 PM HKT.

Are you dreaming about winning the Hong Kong Mark Six jackpot? Its minimum guaranteed sum is placed at HKD8 million (approximately €872.8K). That is a generous sum for an average ticket price, and it makes the lottery worth playing. It is worth noting that the grand prize is transferable to the following session if not won in the current draw.

Check out the exact reward structure, but please note all prizes are in HKD (Hong Kong Dollar):

Hong Kong Mark Six is among those lotteries that have a long tradition. The first draw was in 1975, which is long before the internet was accessible to ordinary users. The internet only expanded the player base and increased the jackpot pool.

The company behind HKSM is the Hong Kong Jockey Club, which was established in 1884.

The record jackpot in Hong Kong Mark Six is HKD164.5 million, which is around €18.5 million. It was won in 2014, and that record hasn’t been broken until today.

Q: How to Play Hong Kong Mark Six from Outside Hong Kong? Is It Legal?

A: It is 100% safe and legal to play Hong Kong Mark Six online from any country. Feel free to pick a lotto vendor that sells tickets and join the upcoming draw.

Q: What Are The 7 Most Common Numbers in Hong Kong Mark Six?

Q: What is the deadline for buying Hong Kong Mark Six tickets before the drawing?

A: You can purchase tickets to participate in the upcoming Hong Kong Mark Six draw 15 minutes before the draw starts. That means the deadline is 9:15 PM HKT on Tuesdays and Fridays.

Hong Kong Mark Six – Is It Worth Playing?

It sounds impressive that Hong Kong Mark Six has been around since 1975. That implies the game was popular in the pre-internet era, and it is only more popular now. Players appreciate a simple concept, guaranteed jackpot, and the fact that there are no taxes imposed on the winnings. If that sounds like a sweet deal, make sure to try Hong Kong Mark Six today!