A Couple Who Claimed the Lottery in Six Months

How long would it take to claim the jackpot if you discovered that you won the lottery? The first thing to check is always the deadline by which you need to claim the reward. However, most winners decide to head to the lotto office with the winning ticket right away.

But Marvin and Mae Acosta don’t fall into the category of most winners. These people waited for six months to claim their jackpot in an attempt to remain anonymous. However, they couldn’t escape coming into the spotlight because they were among those who gained a portion of the lotto-breaking jackpot in 2016! 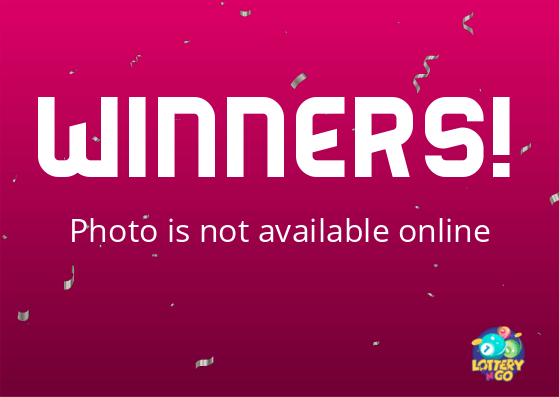 How Much Did the Acosta Couple Win?

If you check out the largest lotto jackpots ever, you discovered that the one from January 2016 is the biggest sum ever given as a grand prize. The Powerball jackpot reached the whopping sum of $1.58 billion, which broke all previous records and is still the top spot for this reward.

However, not everything went to a single winner. The winning numbers were “4, 8, 18, 27, and 34” with the PB number chosen as “10.” It turned out three tickets had that sum, which means they’ll split the grand prize. If you divide it by three, you discover that each ticket won roughly $527 million.

However, that’s if you choose yearly installments. Marvin and Mae Acosta selected a lump-sum payment, which turned out to be $327.8 million. The couple paid the federal tax, and since California imposes a no-tax lottery winning policy, they got to take home around $267 million.

It Took Six Months to Claim the Prize

While sharing the largest jackpot ever is sufficient to deserve a special place in the category of lottery winners, there is another thing that made Marvin and Mae Acosta unique. You see, two out of three lucky players claimed their prize a couple of days after the draw in January 2016. Maureen Smith, John, and Lisa Robinson all agreed to take photos and share their stories with the public.

However, nobody knew the identity of the third winner at the time. The winners had an entire year to claim their prize, but it was the record-breaking jackpot. It was natural everyone expected the lucky player to appear soon. It seems that the wait made the Acosta family one of the most famous lottery winners ever.

It sounds incredible, but Marvin and Mae Acosta took six months to win a prize. Once they came forward, it didn’t take long for the name to reach the public.

Why Did They Take So Long to Come Forward?

We could reveal two different reasons why Acosta’s took that long to come forward with their winning ticket. The first one is that they were looking for ways to attract the least possible public interest. You have various approached to remain anonymous after a lottery win. However, California law doesn’t allow you to hide your identity from the public.

That means the Californian Lottery was mandatory to reveal the names of Marvin and Mae Acosta. On the other hand, that’s the entire information available to the public, aside from the official statement the couple made to the press. Acosta’s refused to hold a press conference or take part in TV shows. There’s even no photograph of them, although some websites claim to have their image in their archives.

Gathering a Team of Advisors to Do the Job Right

Marvin and Mae Acosta discovered that they worked with a team of advisors before claiming the prize. That’s among the primary tips on what to do after winning the lottery. It’s the lack of strategy that led some winners into bankruptcy. The Acostas didn’t want to make that mistake, which is why they gathered an expert team right away.

According to the basic information the press managed to get about the winners, Marvin was 40 years old at the time, and Mae had 39 years of age when they claimed the jackpot. They immediately decided to set up a charity foundation. Furthermore, they revealed that they’ll be investing “most of the prize money in a charity fund.”

A Network of Scams to Abuse Their Name

Marvin and Mae Acosta didn’t want the public spotlight. They revealed their identity because the law forced them to, and that led to a ton of people asking them for money. Once they discovered they plan to invest funds into charity, the Acosta name immediately appeared on numerous shady online “charity funds.”

Unfortunately, scammers wanted to use this opportunity, and many of them falsely represented themselves as members of the Acosta charity foundation. Up until today, people continued receiving letters trying to scam them by abusing Marvin and Mae Acosta’s names.

It’s vital to understand how to remain safe and avoid lotto scams. As for these scams, they usually involved a claim that the Acosta family wants to donate for you. However, they asked for personal information or even payment from you to process the funds. Always remember that no charity foundation will ask you to pay anything by yourself. The same applies to lottery prizes, and that’s a good way of recognizing a scam.

Final Thoughts – Where Are Marvin and Mae Acosta Now?

Mae and Marvin Acosta made known that they don’t want to be public figures. They even asked for maximum privacy, and most of the press respected that. We don’t know a lot about the Acosta family these days.

Even at the time when they claimed the prize, the media only discovered they purchased the tickets in Chino Hills. It’s a Los Angeles suburb, and that information was only available the store received $1 million as a bonus for selling them the ticket. The 7-Eleven store made a celebration for getting a generous donation, but we assume that the couple wasn’t there. We hope that no news about Marvin and Mae Acosta means they are enjoying a peaceful life with their lottery wealth.