Imagine this scenario – you go to the store with your brother to purchase a Powerball ticket. You both decide to buy tickets, and you both win in the upcoming draw. The difference is he won millions, but you only won $7. It seems worse than hitting the bar in the soccer World Cup final.

However, that doesn’t have to be a story about how one brother outsmarted the other and left him envious. It can be a tale about the family triumphing over all obstacles, and that’s the story about James and Bob Stocklas. Here is what you need to know about these guys! 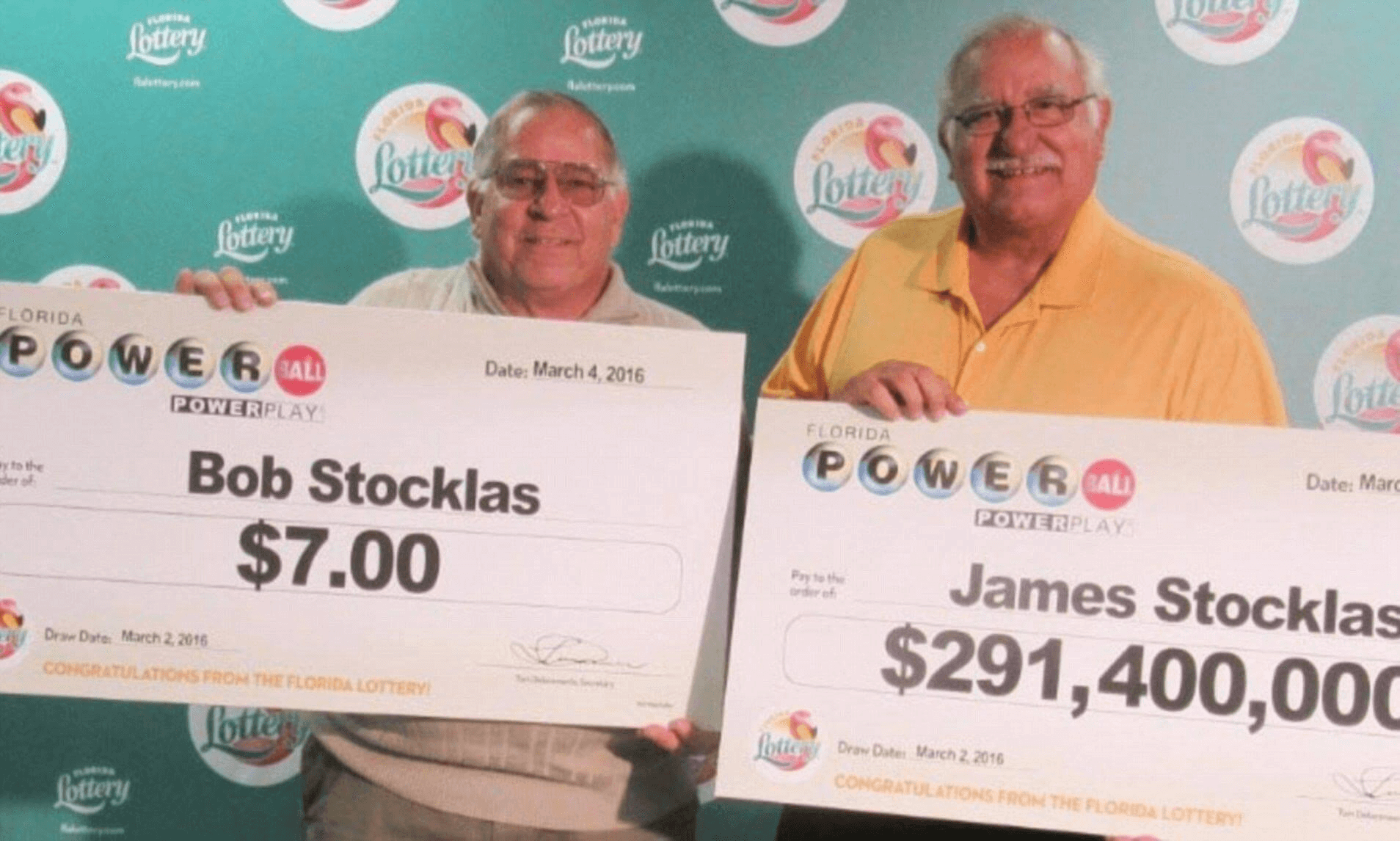 How Much Did James and Bob Stocklas Win?

If you saw the image above, you already know the total winnings of the two brothers. However, here is another confirmation – James and Bob Stocklas won $291,400,007 together. The catch is that James won $291.4 million while Bob won $7.

Before we continue talking about the brothers, let’s discuss how much James took home. Did you know that most famous lottery winners decide on a lump sum payment? Many find it a smart move because the yearly installments could be risky. Who knows what could happen to leave you without the entire sum in the end?

Either way, the lump-sum payment is a reduced amount because it needs to offer a balanced value compared to the installments the lottery would pay in the future. That’s why James Stocklas won $191 million in US Powerball. He also had to pay federal (25%) and state taxes (3.07% in Pennsylvania), which was $53.6 million. Once you do the math, you discover that James took home $137.4 million.

Unlike James, the law allowed Bob Stocklas to take home his entire Powerball winning sum. It turned out to be $7, but that didn’t stop Bob from coming to Tallahassee with James. The brothers agreed to take a photo together for the lottery to publish. That shows they are in an excellent relationship, and they found the entire experience amusing.

We’ll get to that, but it’s vital to mention that Bob didn’t have to worry. There was plenty of money in James’ jackpot for him and his family not to worry about their future.

How Did James Stocklas Discover He Was the Winner?

James Stocklas is close to his brother, which is why they organize annual fishing trips in Florida. They were in the Florida Keys for a month with their relatives and friends. Once they were getting back to Pennsylvania where they lived, James and Bob stopped to buy Powerball tickets.

They purchased the tickets at the same time, with only seconds of difference, and they both landed winnings. James didn’t realize he’s the jackpot winner the same night. Instead, he woke up the next day and went to breakfast.

Stocklas has he has the same restaurant where he eats breakfast every day, and he was there with a friend. While James enjoyed reading the paper, he noticed the headline said the sole Powerball winner bought his ticket in Florida.

That made him take the ticket out of his pocket and log into the app to check the numbers. He was excited when he discovered he was the jackpot winner. James and his friend started jumping, and the entire restaurant was delighted for them.

A Private Jet to Claim the Prize

James Stocklas didn’t want to go claim his ticket alone. He immediately called his brother, other family members, and friends to share the news. James told them to pack their bags because they are going back to Florida, which is where the lottery office for claiming the prize is.

Stocklas paid $20K for a private jet and took the people closest to him to claim the jackpot. They drank champagne, and James enjoyed signing papers.

How Does James Plan to Spend the Money?

It didn’t take long to figure out James was going to be smart about spending the money. His primary intention was to help his son Jimmy. Jimmy is disabled and legally blind, and James wanted to purchase a home that would be handicapped-accessible.

Stocklas didn’t forget his daughter Teresa, and he also assured he will help her family. Finally, he will make sure that Bob and his family don’t have to worry about finances anymore.

Who Is James Stocklas?

James Stocklas is a Pennsylvania native. He had lived with his brother and the rest of the family in the Clearfield Public Housing Development. However, the family then moved to Lower Nazareth Township. James didn’t have it easy during childhood because they had to scrounge potatoes to have sufficient food.

Among other jobs, James also worked as a floor sweeper. However, he pursued his education and ran for a jury commissioner in the 1970s. Once he won the first term, it was obvious that James will have a successful politics and law-related career. He had been in the city council before becoming a district judge. That’s where he spent over three decades before retiring. At the time James won the jackpot, he was 67 years old.

Lottery winner stories can cause different emotions, but James and Bob Stocklass tell a heartwarming story. They attracted the public interest with the fact they came to claim their prizes together, but the sums were very different. Their picture together became an internet sensation, but all the comments turned out to be positive once people heard the story details.

Today, there is no news about James Stocklas. We assume he and his brother Bob are still going on fishing trips and enjoying their time together as they were before the jackpot.