A Lotto Jackpot That Ruined Everything and Caused a Divorce

It’s natural that everyone’s interested in discovering who won a maximum jackpot in any lottery, let alone EuroMillions. However, once you start getting in the spotlight because of other things, and not your lotto win, that’s when your problems start.

The story of Gillian and Adrian Bayford supports that claim. Everything started as a fairytale, but the jackpot ended up causing a myriad of problems. Here are all the juicy details about the Bayfords! 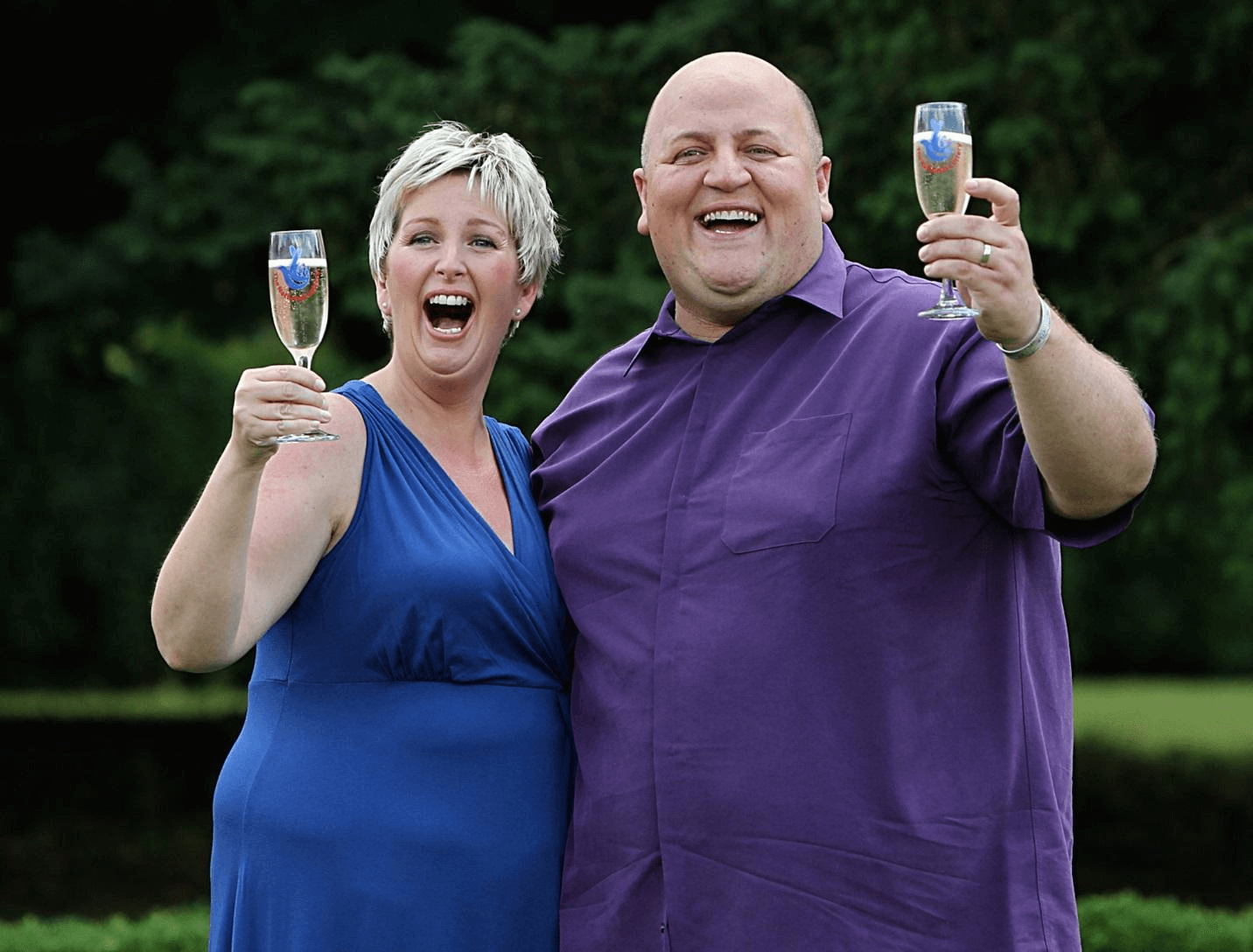 How Much Did Gillian and Adrian Win?

Let’s get the basics out of the way first – Gillian and Adrian Bayford played EuroMillions. At the time, the couple lived in Haverhill, Suffolk, which is a small English town. The EuroMillions jackpot had a rollover feature, but also a maximum restriction of €190 million. Once the prize reached that sum, the Bayfords were the lucky winners who took it home.
Now, the UK doesn’t impose taxes on lottery winnings, which means they got to take the entire sum home. They lost a bit on exchange rates, so the estimation is they won £148.6 million.

What Happened After They Won the Money? 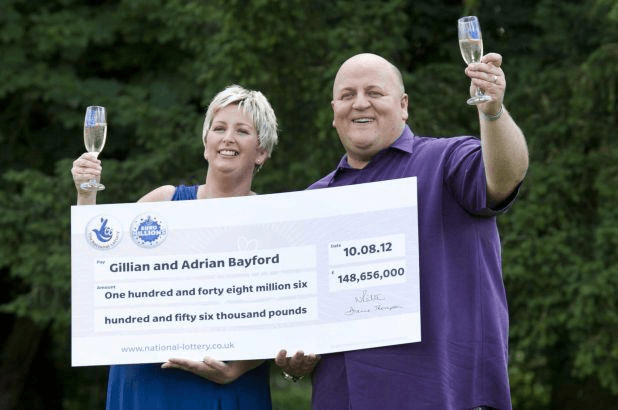 Adrian was the owner of a music record store in Haverhill, and he also used to work as a postman. He intended to keep the store, but he received numerous requests begging him for money that he didn’t have the expected peace. That’s why Adrian closed down the property, and the plan was to establish a musical instrument facility at his newly-bought mansion, so he could do business online.

The couple purchased a large estate where they even employed a landscaper. Gillian didn’t hesitate to enjoy the new lifestyle secured by the money. She lived lavishly and purchased a sporty Mini, Mercedes, and Audi. On the other hand, Adrian didn’t even know how to drive, so people have often been driving him around.

Gillian wanted to do something good for the local children, so she opened a kids’ club called Rascals. It was at a place where another club had already closed, and the new one didn’t last for more than several months.

The landscaper we mentioned was Chris Tovey. He sued Adrian because he got injured in a golf buggy accident that happened on the Bayford property. According to him, it was Adrian to blame, but as we mentioned, Mr. Bayford doesn’t know how to drive. It didn’t take long for the press to discover that Tovey might have had an affair with Gillian, especially when Adrian decided to increase the landscaper’s rent. It all reminded us of a soap show, so it’s not strange they are still among the most famous lottery winners in the world.

It was only 15 months after they won the EuroMillions lottery when the Bayfords decided to divorce. Adrian and Gillian both denied anyone who committed adultery or betrayed the other person in any way. Instead, they say they started drifting apart, which was caused by spending less and less time together.

The Bayfords divorced amicably, and Gillian decided to move to Dundee. She also took their two children and purchased a big home where they could all live. Gillian engaged a couple of years later, and it was to a car salesman. Despite all this, she and Adrian remained in touch. Gillian agreed to let him see the children whenever he’s in town and the opportunity allows that. 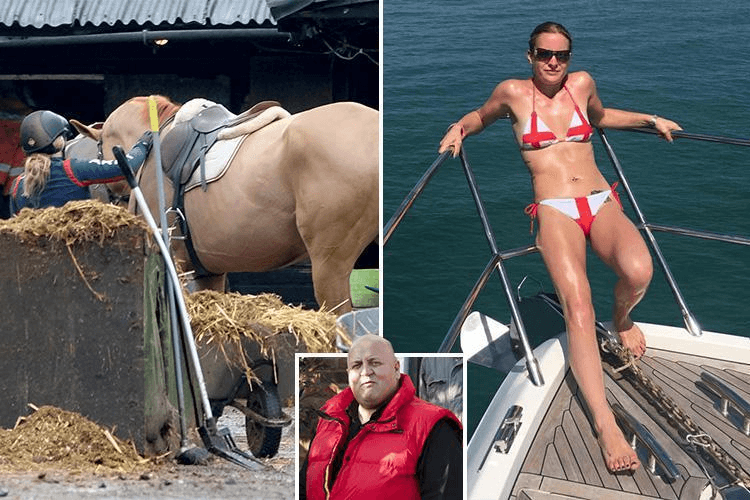 A friend once described Adrian Bayford as a man who doesn’t like to be alone. That seems to be true because it didn’t take long after Gillian to find another girl. However, the story is surprising because he had tried to dazzle Marta Jarosz first.

Adrian offered Marta a job as his bodyguard because she was a trained martial arts expert. She’d also be his chauffeur and personal assistant, and she’d receive a generous salary. Adrian even bought her a car for her to use when driving him around, but Marta revealed his intentions were far from professional. Once Adrian asked her to the Maldives, she refused.

However, there was a stable girl from Suffolk who accepted Adrian’s offer. Her name is Samantha Burbidge, and she went with Adrian to the Maldives after being in a relationship for only a couple of weeks. Adrian proposed to her while on the island and the couple announced the good news to the world once they returned. Surprisingly, Adrian sent a message to Marta informing her about his engagement – it’s like telling her she missed her opportunity.

Samantha was the head groom of the stables on a real estate but quit that job after getting engaged to Adrian. Bayford purchased her thoroughbred horses, a Mercedes sports car, and many other presents. That includes two engagement rings. According to reports, Samantha lost (or sold) the first one, and then asked Adrian to buy her a smaller one.

The romance lasted for a couple of years when Samantha decided to leave Adrian. She returned to an ex-boyfriend after taking the horses, Labradors, and even the car Bayford bought her.

Staying Close to His Wife and Children

Adrian found himself alone, but with a plan. He wanted to purchase a home in Dundee, which is where Gillian has been living with the kids. That’s why he paid £750K on a four-bedroom property and is now within walking distance of the former spouse.

It seems Gillian is still engaged, but there’s no news about the wedding. The press revealed she helped a four-year-old boy dealing with an unusual health condition move into a new home suitable for his handicap. Gillian also opened a coffeehouse-like facility but closed it after several months. The reports indicate she only offered £100 as a pay-off to the workers, which was unacceptable.

Gillian and Adrian Bayford now live in Dundee, but separate houses. Their story is touching because the message might be that they would be better off without the lotto jackpot. Adrian never got used to the lavish lifestyle, and Gillian got distant from many of her friends, which they reported to be because of the money. It remains to be seen whether they’ll manage to patch things through in the future.